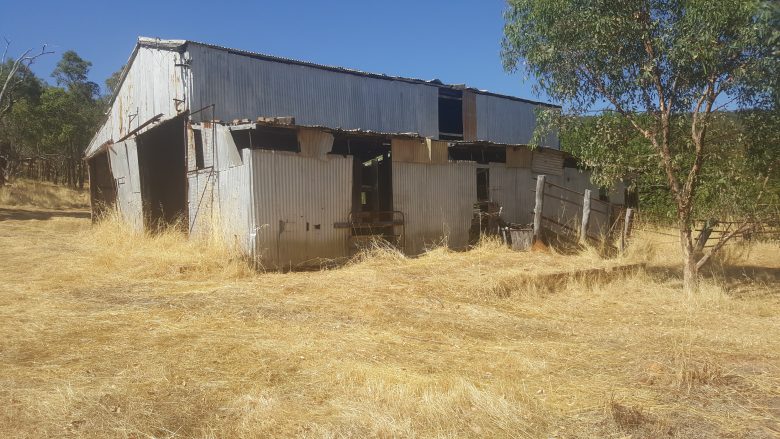 Wungong Regional Park Roleystone – There and Back Again

Just when I thought my season was over summer went and turned on a beautiful 27ºc Saturday. I only realised how glorious the weather was going to be yesterday (Friday) So we hiked… oh boy did we hike.

Like many of you I don’t like covering the same ground twice and so I went in search of a lesser known, but fairly close to home trail and I stumbled upon a network of trails in Wungong Regional Park in Roleystone through the Roleybushcare website which had a map created by Bill Scott. (If I ever meet Bill Scott I’m going to punch him in the face – not really… but kind of). The map he’s drawn is actually quite good and had I spent more time studying it prior to leaving we wouldn’t have had trouble. A little more searching and I realised Life of Py had also posted about these trails and had a wonderful experience, so we packed our normal pack for a half day and off we went. We parked at Stocker Rd. ‘We’ being The Angry Hiker, myself and the 4 year old; The Restless Hiker. We intended to head straight up the hill and hit the old airfield and head back down an estimated 2.5 hour journey with the obligatory photo taking and snack stops… but that isn’t what happened.

What happened was 5.5 hours of bushwhacking, savage cotton-bush,  many missed steps and missed markers. We missed the first turn off to the right and walked straight down to the river resulting in some serious uphill climbing to get up to the airfield. But we NEVER arrived at the airfield which was obviously the top of a sheer rock-face, which is where we decided to turn around. We covered roughly 8.5 kilometres with a four year old which I think is a truly epic feat and most of it was basically up or down. This area would be beautiful to explore when it’s raining and it’s possible we’ll head back here to reach the airfield now that we know where we went wrong but the point of this post is this; preparation is everything.

We went out there expecting a short jaunt with little trouble but what we ended up with was much longer, more strenuous and more lengthy than we thought and had we of packed just for a couple of hours we could have found ourselves in serious strife.

The reality is that we were always in mobile phone coverage and never far from a main road but there could be few things more mortifying as an overly ambitious overweight person than having to call in the cavalry because you’re lost and have run out of snacks. I mean, really. The truth of our situation was that because the trail was close to home and fairly short, I underestimated it and as a result we weren’t as prepared as I would have liked and we did run about 30 minutes short of water – not cool when the sun is out in full force and you’re towing a four year old.

So my parting thought is this – if you’re headed out, even if it’s local, even if it’s short, even if you’ve been out a lot BE PREPARED. Don’t go out without ample food, water and sunscreen. It’s not rocket science, I know. But the one time you get even marginally complacent is the one time you’re bound to wind up in a tight situation.

Can’t See The Forest for The Trees