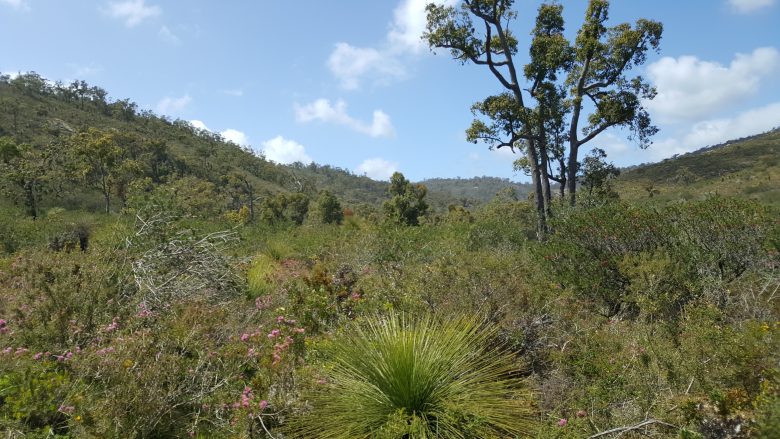 Puffed Out and Proud

Do you ever see other people when you’re out on the trails? I do. Often.  And for a moment I’m embarrassed.

The embarrassment usually passes in a moment and it says more about my own sense of self-worth and poor decision making than it does about anything they may have said or done. When I see other people out there I automatically make a call about who they are, where they’ve probably come from and how experienced they are out there. That call is largely based on what they’re wearing and how they carry themselves. Which says a lot about my ability to inadvertently judge someone else based on their appearance.

Despite my troubles I’m usually the one that strikes up a quick conversation with other hikers. Stopping at Hemett’s Hill campsite the other week a few groups passed through while we were having lunch. The Chatty Hiker and I spoke to one guy about our over-sized billy (was a trial hike to test some ideas – and that one didn’t really work). This guy about 55 had a fancy little ‘doovy-wopsit’ portable stove. Awesome. As a result of a quick conversation I went out the following week and replicated his lighter, fancier, more efficient and safer solution to boiling water.

My point is that, even if you’re like me and get a bit anxious meeting other people, there is always something to learn from or impart to your fellow hiker. This travelling gent could have disregarded me on the basis of my disheveled appearance but he didn’t and as such I learned something.

Don’t rob each-other of the opportunity to learn and develop skills because of your prejudices or your judgement. We all have something to offer one another.

I am judged on my appearance, sadly that will always be true. But accepting that has given me the courage and audacity to challenge people’s perception of me. People are often surprised to hear about the different trails I have completed and the peaks I have climbed and I find that quite amusing. You can literally watch other people’s faces change from disregard to suspicion to genuine interest throughout the conversation. I love it.

Fellow Heavy Hiker’s, if you’re out and about and you feel judgmental eyes watching your arse wiggle it’s way to the top of that incline make it an opportunity to show the world that us bigg-butts are capable of far more than we’re given credit for but also remember that you’re out there to challenge yourself and part of that is being open to listen to other people’s experience and learn something new.

EVERYONE judges. EVERYONE. We have to judge each-other to stay safe, successfully navigate life and make good decisions. That’s a fact. We make calls based on how we perceive each-other. We all do it and if we could all accept this aspect of life we might find it easier to be who we are without shame.

Be who you want to be, be proud of who you are and if you feel like you’re being judged, you probably are… get over it.